«We depend on local companies»

Markus Pesenti, co-vice president of the Netstal Football Club, talks about the long-standing sponsorship by KFN and of mutual support.

Netstal Football Club (FC Netstal) plays an important part in the social life of Netstal, not least because of its youth development. How KFN supports the FC in this, how important these sponsorships are for clubs and how the football club is also giving back tells Markus Pesenti. He is co-vice president of FC Netstal and treasures the fact that “KFN has an ear for us”.

How does KFN support the Netstal Football Club?

KFN is the main sponsor of our club, and it has been since the end of the 1980s.

How did this sponsoring come about?

Phew! It was so long ago that I don’t know the answer to this one. I assume, however, that personal contacts started it. KFN has a long tradition of supporting clubs.

Is this considered to be “the norm” in the Swiss canton of Glarus? Do you have many sponsoring partners?

We are lucky to have some corporations that support the regional clubs. However, we also start to see that sponsoring is on the decline. And the fact that the partnership between KFN and the FC Netstal has existed for such a long time – that’s definitively worth noting.

What opportunities do you have thanks to this support?

The sponsoring supports the entire club, from the games of our 1st team down to our most junior teams. Without this money we probably would have to increase the membership dues for our different teams. However, especially for kids and young folk playing football should not be linked to a great expense.

Why do you consider it important that corporations have their region in mind and support it?

I think mutual support within a region is important. Likewise, we always try to give something back. When KFN hosted an event, we manned the grill or offered a goal wall shooting game. For a tip, we also helped them fixing a walking path. This mutual support, this willingness to help one another, is very valuable.

What relationship do you as co-vice president of the club have to the KFN – apart from its sponsoring?

KFN is a long-standing company in our village. It has been present for many, many years, and it plays an important role in the lives of many people of our region.

In your view, how important is KFN for the social life in the region, beyond the FC Netstal?

Other sports clubs, such as the Netstal gymnastics club, can also count on KFN’s support again and again. The people behind the company have and have had an ear for the issues and problems of a variety of clubs – this is much appreciated. 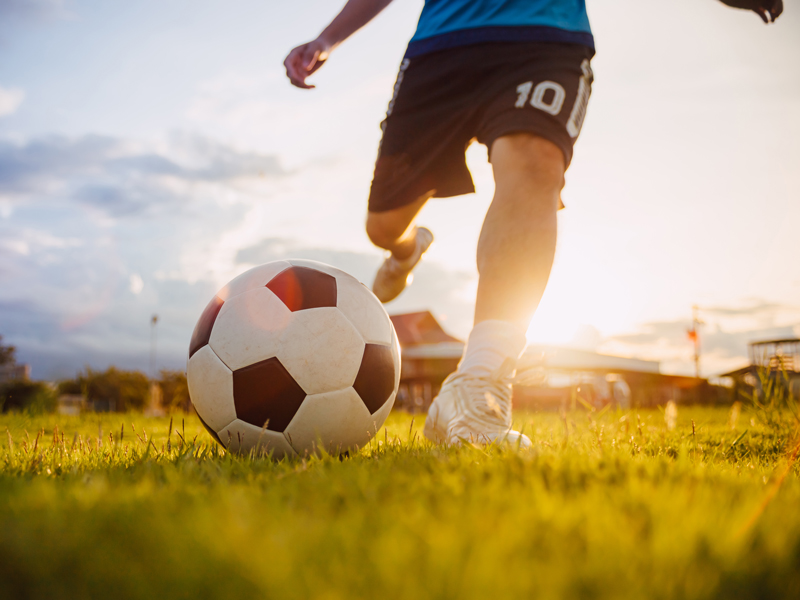