The European paper industry has just overcome a very moving time. While many mills made the switch from caustic soda to lime milk, many were subsequently closed due to overcapacities, others underwent a repositioning. An Austrian paper mill has returned to lime milk – and it plans to widen its use.

Paper mills usually deal with huge water flows. The water has to meet certain criteria. This includes its PH value. If the water is too acid or too alkaline, it cannot be processed with optimum efficiency later on. The same is true for the resulting sewage. As high loads of pollutants bring high fees with them, many paper mills have created ever tighter water loops in their production. This resulted in a reduction in sewage volume. On the other hand, it generally increases the pollutant load.

Lime milk instead of caustic soda

About 15 years ago, Swiss Kalkfabrik Netstal AG approached many paper mills in order to replace the caustic soda used with lime milk made from its nekablanc® 0 product. Back then, the caustic soda generally was used as an alkaline activator in bleaching along with hydrogen peroxide. A large number of pre-tests had brought to light that the purity and fineness of the calcium hydroxide are decisive: the fewer iron and manganese are brought into the bleachery, the better the bleaching result. The finer the lime hydrate, the quicker it is dissolved. This is where the highly pure calcium hydroxide from the Swiss Netstal has decisive advantages compared with practically all other European lime products. The advantage when compared to caustic soda is the economy (about half the price for the chemical). However, a paper mill needs to include a device for the production of lime milk including a storage into its facility first. Such an investment is amortized within just a couple of years. In the end, we could win over four paper mills as customers for nekablanc® 0.

European paper industry on the move

The overproduction in the European paper industry unfortunately meant that many paper mills were closed, or production lines in existing factories shut down. Other paper mills switched from making graphic paper to packaging paper. The latter needs no bleaching. As a result, KFN could not sell lime products to paper manufacturers for many years.

Economic advantages of lime from the Netstal

One of your clients (a paper mill from Upper Austria) also had made the said switch to packaging paper in one of its production lines. In making packaging paper, one still has to observe a narrowly defined PH value range. In the first year of production, this was done using caustic soda. As the management of the paper factory knew from past experience about the clear economic advantages in using lime products from the Netstal, they successfully switched back to nekablanc® 0 again about two years ago.

KFN products have many factors going for them

The management’s decision was made easier not just by the purity and fineness of KFN’s products. They were also won over by the reliability in delivery and the price stability. Of course, another decisive factor was that they already had a working lime milk production device installed. On top of all that, apart from the outstanding product quality, the certification according to ISO 22000 (which is today FSSC 22000) surely helped. As the packaging paper from Upper Austria is used to package foods, they pay special attention to raw materials that can also be used in food production. Certificates to that effect are most welcome.

For economic reason, this paper mill recently decided to use the similarly pure, but cheaper nekapur® 2. A second paper mill belonging to the same group of companies in Upper Bavaria will soon make the same switch from caustic soda to lime hydrate from Netstal for a similar process.

This paper mill in Austria uses lime hydrate to manage a narrow PH value range in the production of paper. 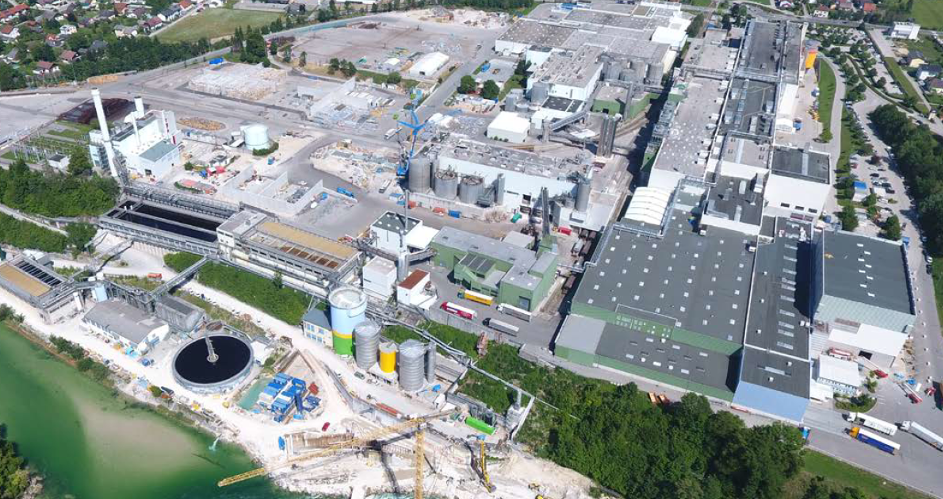