Adding slaked lime to asphalt mixtures verifiably leads to a 25 per cent longer useful life. This in turn makes a complete refurbishment unneccessary, thus cutting back on the emissions of critical climate-relevant gases by 23 per cent.

Asphalt that has been enhanced with slaked lime (SL) continues to be ever widely accepted and put to use across Europe. Numerous research projects have proven the positive effects of SL usage. These include above all improvements in these aspects:

France and Belgium have had the longest experience on the European continent, Switzerland introduced its first test tracks in 1999.

At the Glarus roundabout in Switzerland, a test track was built in 2001. One lane was built using an enhancement with 2 percent nekapur 2, the other was built conventionally. After two, four and ten years respectively, core samples were extracted and examined. Using uniaxial pressure swell tests and complex modul measurements a significant improvement in stability caused by the use of slaked lime could be proven. This was covered in studies by the Dr. Schellenberg institute for material testing in Rottweil (Germany) and the EMPA, the Swiss Federal Laboratories for Materials Science in Dübendorf. In deckings of Swiss highways the Federal Roads Office has been mandating the addition of 1.5 per cent of SL for more than ten years now. This also gains more and more acceptance in the Netherlands and Austria. The asphalt enhancement with slaked lime is also gaining more and more ground in several German  states.

Slaked lime instead of chemistry

Depending on the source of the crude oil, the composition of the bitumen in the asphalt can vary. This leads to complex interactions with effects on grip and ageing. Apart from SL, limestone fillers or chemical grip enhancers can be added to optimize the material. In the case of the latter, its toxiticity must be put into consideration, however. This is not an issue with SL. It evens out the mixture quality, neutralizing the acidy parts of the bitumen that accelerate the aging. Changes in bitumen quality can thus easily be met. Apart from improving the grip, the usage of SL will increase resistance against these impacts:

In the asphalt mixture, the free calcium ions of the SL attach to the aggregate, thus improving the grip. This prevents the decking from loosening and increases the adhesion and the tensile strength of the asphalt especially when grip critical rocks are used.

The alcaline material neutralizes the oleic acids present in the bitumen and thus retracts the oxidative bitumen aging. The material fatigue caused by the traffic loads and temperature changes causes cracks that appear. SL slows down this process. The high specific surface of SL helps the hardening of the mixture. This increases the resistance agains cracks and ruts – the types of permanent deformations that take place when the burdens are bigger than the elasticity. This effect is independent from the type of rock used. The clay minerals present in the mixture contain alcalic ions. These are swapped with calcium. This decreases the sensitivity for swelling and water. This effect is also independent from the type of rock used.

Hints for the use of slaked lime in asphalt mixing plants

For better results, polymer-modified bitumen (PMB) has been in use for quite a while now. This can increase steadfastness, resistance against wear and tear and affinity. However, creating this mixture in mixing plants is difficult and thus often incomplete. Additionally, there is a risk of segregation and ageing. Storage duration and temperature may lead to losses in quality. While there is a possibility of proof for PMB, it will not reveal what type of PMB was used nor in what quantities.

In contrast to PMB – and to the mostly toxic organic grip enhancers – SL can be traced after its use in the mixture. Even if it is re-used several times, its positive effects remain partially in place, leading to an improvement of quality. SL can be analyzed in the mixture using the titration method. The amount of SL can be determined by making it a target value in the tender. In the German state of Rhineland-Palatinate, the amount of slaked lime in the entire mixture is determined to be at least one mass per cent. In Austria, this share has to be at least 18 mass per cent in the recovered filler. In Switzerland, for the deckings of highways at least 1.5 mass per cent of the entire mixture are prescribed in tenders.

Two thirds of the CO2 emissions resulting from the production of lime stem from the limestone itself. The European lime industry has set itself the goal to be carbon neutral by 2050 at the latest. The result of the envisioned partial and lasting decarbonisation would be the change toward a climate positive industry. The European average for the production of one metric ton of lime are CO2 emissions of 1.2 tons. In comparison, by switching to natural gas in 2013, KFN was able to reduce the CO2 footprint per ton of lime by more than 20 per cent. Looking at the CO2-equivalent emissions of road infrastructure, the construction of roads causes more than 90 per cent. 66 per cent of these road construction emissions, in turn, are created by the binder asphalt. In a 2016 study of the life cycle assessment (LCA), Schlegel et al. examined the relations. They took the following assumptions:

From this base, the authors calculated reductions over the entire life cycle of 43 per cent in energy consumption and of 23 per cent in the global warming potential. The following conclusions can be drawn:

„Significant improvement in all mixture types”

An Austrian study of 2019 found an improvement in longevity of 15 per cent when looking at three different pavement build-ups. The manager of GESTRATA (association of road constructors with asphalt), Maximilian Weixlbaum, in November 2020 said about this on record: “Apart from the quality improvement in swellable fillers, a better connection between rock and bitumen especially when it comes to acidy and grip-critical rock, additionally the bitumen ageing is decreased significantly and the deformation resistance improved. For all mixture types, in all layers and for all demands, slaked lime ensures a significant improvement both from the technical and from the economic point of view, thus creating an outstanding value for the maintenance and longevity of our roads.”

The future of the lime industry

The European lime industry has set itself the following milestones on its way towards climate neutral lime production and towards a climate positive industry:

The European lime industry supports this along with the mix industry. Safe and stable roads are sure to counteract against the steadily increasing number of traffic jams. KFN has been dealing with the subject of SL as an asphalt enhancer for about 20 years and has been doing its share for the past ten years that Swiss highway coatings are improved in a cost-efficient and sustainable manner. Additionally, KFN’s owners have for some time supported a company doing pioneer work in the field of CO2 storage and re-use. [News – Kalkfabrik Netstal AG (kfn.ch)]. 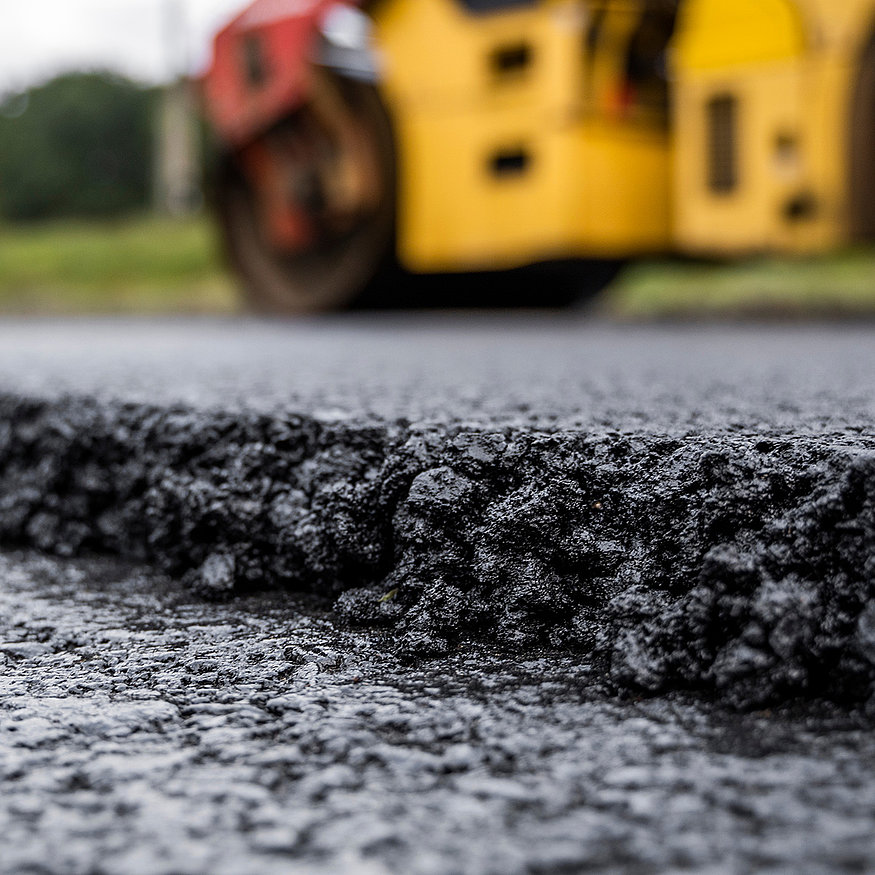